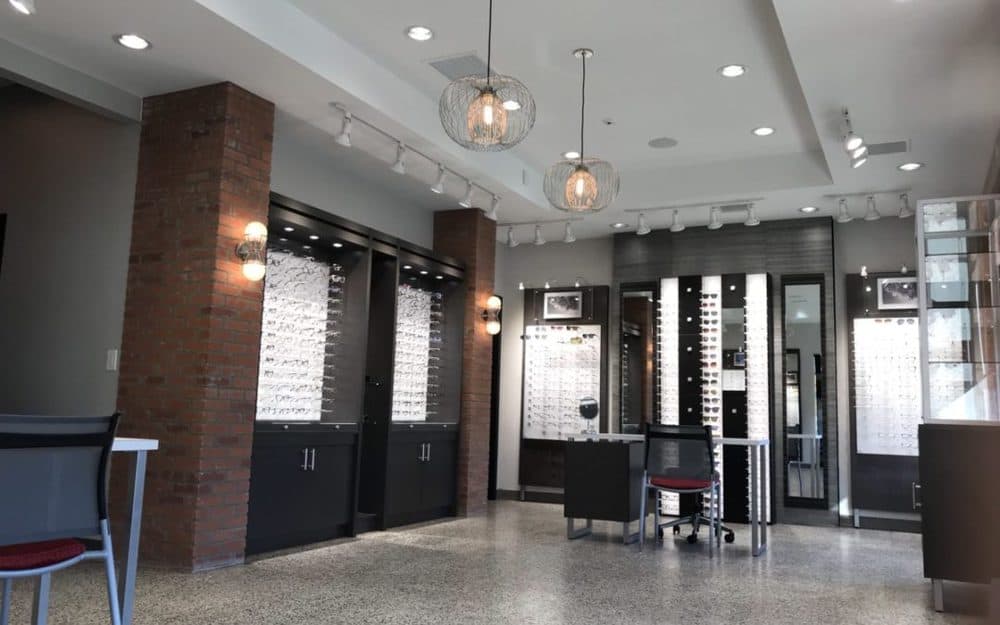 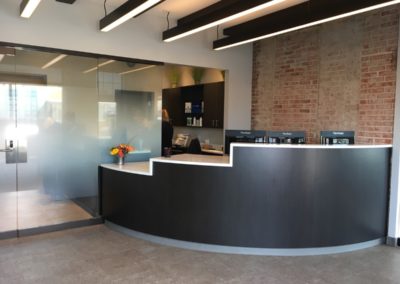 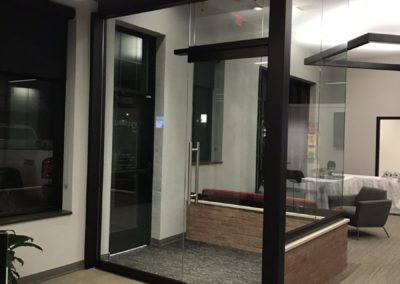 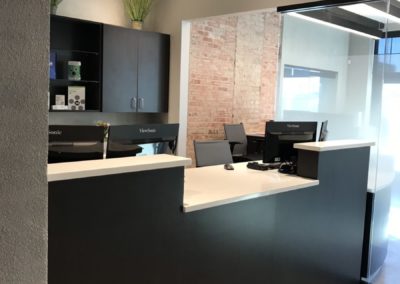 This project started back in October of 2017 with a husband/wife business duo called “eyeSMILE”, dentist (husband) and optometrist (wife)!  They called Commercial Builders to come and ‘take a look’ at a downtown building that was for sale and possibly put a feasible budget and floor plan together for the project. After the initial walk through with Commercial Builders they put together a quick sketch of what they thought they could do with the building, trying to incorporate both a vision and dental practice within the existing walls of the building. Upon initial review it was obvious that there was not enough space for both offices to remain within the existing footprint of the building.  The owners and Commercial Builders put their heads together with the Kansas Historical Society and discussed the possibility of putting a small addition on the rear of the building to give them just enough space. Initially, the KHS approved the plan to add a small addition to the facility. With the initial design and feasible budget in place all that was left to do was to get the building purchased, the plans finalized and the project underway for an anticipated September 1, 2018 completion date.

The facility was eventually purchased and demolitions began in May 2018 while they awaited the KHS and the City of Hays to issue building permits.

No sooner did demolitions start, when the KHS called informing them that their plan was not only being rejected, but that they did not believe that a Dental/Optometry office would be a good fit for the building.  Keep in mind, at this point Commercial Builders already had boots on the ground, and plans completed for the original build. Immediately they had to come up with a new plan for this project, right when it was getting started.  They ended up finding a historical photo of the building that showed a larger addition to the north of the building than what they were originally going to add that had been torn down years before. With permission from the owners and the KHS, Commercial Builders were able to recreate this historic addition rearranging nearly the entire facility and redrafting the entire plan set including Plumbing, Electrical and HVAC, while also checking off all of the other requirements from the KHS in order to move forward. In the end, they ended up with a much nicer facility with room to grow in the future. Finally, in July 2018 Commercial Builders received their building permits and the actual construction could begin. This delay, however, made the September 1st deadline all but impossible to meet.  After talking with the Owners, Commercial Builders were able to extend the deadline to December 31, 2019 knowing this would still be a rush to get everything completed in time.

In the end, with the help of some fantastic subcontractors and suppliers including Kitchens Inc., Commercial Builders was able to turn over the project to the owners to start seeing patients on January 14, 2019.

This project was one of the most fun and memorable projects that Commercial Builders has had the pleasure of being a part of.

From the all-glass walls of the entrance vestibule and check-in area to the living moss walls handmade in Italy; the quartz, marble look countertops with waterfall edges to the custom mural painted at the kids room in the lobby; restoring the original terrazzo flooring to leaving the interior red brick exposed for all to see, no detail was overlooked. This project will be one that all parties involved won’t soon forget and should be very proud of for years to come.